The Bold and the Beautiful: a new look for the VPDA

How do you breathe new life into a brand after 10 years?

The refresh of the Victorian Premier’s Design Awards brand after a decade-long run paves the way for a new chapter for the logo and awards.

And it really exemplifies what the awards are all about… currency in design that cuts through with designers, businesses and the public.

Following a public tender, Tony and Melinda Coombes from leading design company Coowhi were given the task of rebranding, to re-establish the awards as a voice of leadership and excellence in the sector.

We spoke with Coowhi Managing Director, Tony Coombes about the project. What was the brief?

To transition the awards from traditional and undifferentiated to bold and dynamic – enabling them to stand out from a crowded awards landscape; to confirm Victoria’s positioning as the capital of design and creativity; and to position the VPDAs as highly prestigious for the design sector.

And to reflect the distinctive qualities of the brand: it’s Victorian government endorsed, it’s Victoria-based, and it celebrates the value of design and the design community from social, economic and cultural views.

The branding also had to represent the unique purpose behind the VPDAs, where the rigour and credibility associated with the state government is applied to recognise and endorse the creative spirit, skills and talent underpinning successful design.

As well, our response was to reflect the dynamic and multi-dimensional value of design; promote awareness and appreciation of expert design; and communicate the energy, vitality and diversity of the Victorian design sector.

Overall, the identity had to present the awards as celebrating the global value of expert Victorian design.

Collaboration between Creative Victoria and Coowhi was very much at the core of our approach. Creative Victoria employed a rigorous process to deliver strategic insights from which we shaped the personality and narrative behind the new identity. Extensive rounds of stakeholder engagement enabled us to explore, test and evolve the direction: an immensely rewarding experience. 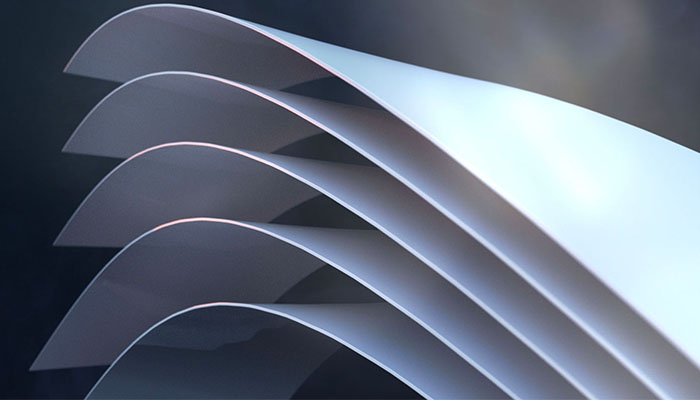 What was the main challenge?

Assimilating an extensive back story and a collective future vision, and distilling these into a single, succinct mark.

Can you describe the process?

After a research phase – meeting stakeholders, unpacking the brief, collating and assessing design awards branding from around the world – we extensively explored possible directions.

Each direction was applied to critical brand collateral to test how it might work in situ, then a preferred option was selected and refined.

Critical was developing a bold yet elegant form which balanced the dynamism, creativity and contemporary nature of the awards with the gravitas and formality of government.

We created a stylised palindrome from the awards acronym. The VP became a DA when flipped 180 degrees to reflect the yin/yang, push-and-pull between creativity and formality at the crux of the communication. Strong diagonals of the brand mark represent the structured and formal, whilst curves reflect the fluid and creative – a creative current at the heart of Victorian design. We also considered how the brand mark could ‘perform’ when animated.

What was the trickiest part?

How to please everyone! With a target audience inclusive of the best designers, innovators and progressive businesses in the state and from multiple disciplines, developing an identity to appeal to and engage such a demographic was daunting. The identity also has to resonate with a generalist audience, given the awards seek to not only celebrate the very best of Victorian design, but to educate and demonstrate the dynamic value of design to business and society at large. On the one hand the identity had to be progressive and dynamic, and on the other accessible, reliable and stable.

And the most satisfying part?

Pleasing everyone! It was tremendously rewarding to present the final brand identity to the stakeholder group and have them embrace it unreservedly. And thrilling to bring the brand to life via an animated launch video screened at this year's awards ceremony at the NGV.

What’s your view of the current state of design in Melbourne?

Melbourne has a long heritage of design excellence and a reputation as a creative hub in the southern hemisphere. We enjoy a vibrant, exciting, collaborative and generous design community, which acts as a drawcard for world class creatives and businesses.

How are the VPDA’s positioning Victoria as the leader in design in the southern hemisphere?

As an initiative of the Victorian Government, the VPDAs show the multidimensional value of design at the highest level. This resonates culturally for Victorians who take pride in being the 'Creative State’ – a state that champions, actively supports and values creativity and design. The awards also inspire businesses and organisations to embrace design as a means to grow and thrive; and it’s making Victorian design excellence and innovation visible to local, national and international eyes.