Aucuro's Dynamic Shower Holder is a disability aid designed specifically for sit-down showering which allows people to wash themselves handsfree.

Aucuro's Dynamic Shower Holder is a disability aid designed specifically for sit-down showering which allows people to wash themselves handsfree. It works by moving a hand-held shower head via a telescopic arm, allowing the user to pivot or extend the shower head wherever it's needed, providing an independent and relaxing showering experience. In addition it lightens the daily workload of Carers and Healthcare Professionals by reducing the risk of repetitive strain injuries from showering multiple people, allowing for hands-free washing.

Currently people who sit down to shower are using static shower holders, designed for standing users. They were never intended to be constantly adjusted and their limited range of movement for seated users isn’t appropriate. Holding up hand-held shower heads for long periods can be tiring, which creates an unpleasant showering experience and can lead to people requiring a carer to shower. In professional care facilities, nurses are showering multiple people every day, which is an extremely physical and repetitive job, requiring staff to bend over the client with hand-held showers which often leads to repetitive strain injuries.

In light of this the design brief was to create a showering system that was specifically designed for ergonomic sit-down showering to enable disabled people to shower independently were possible and to eliminate or minimise the need for a carer during showering to ensure they have a relaxing showering experience. 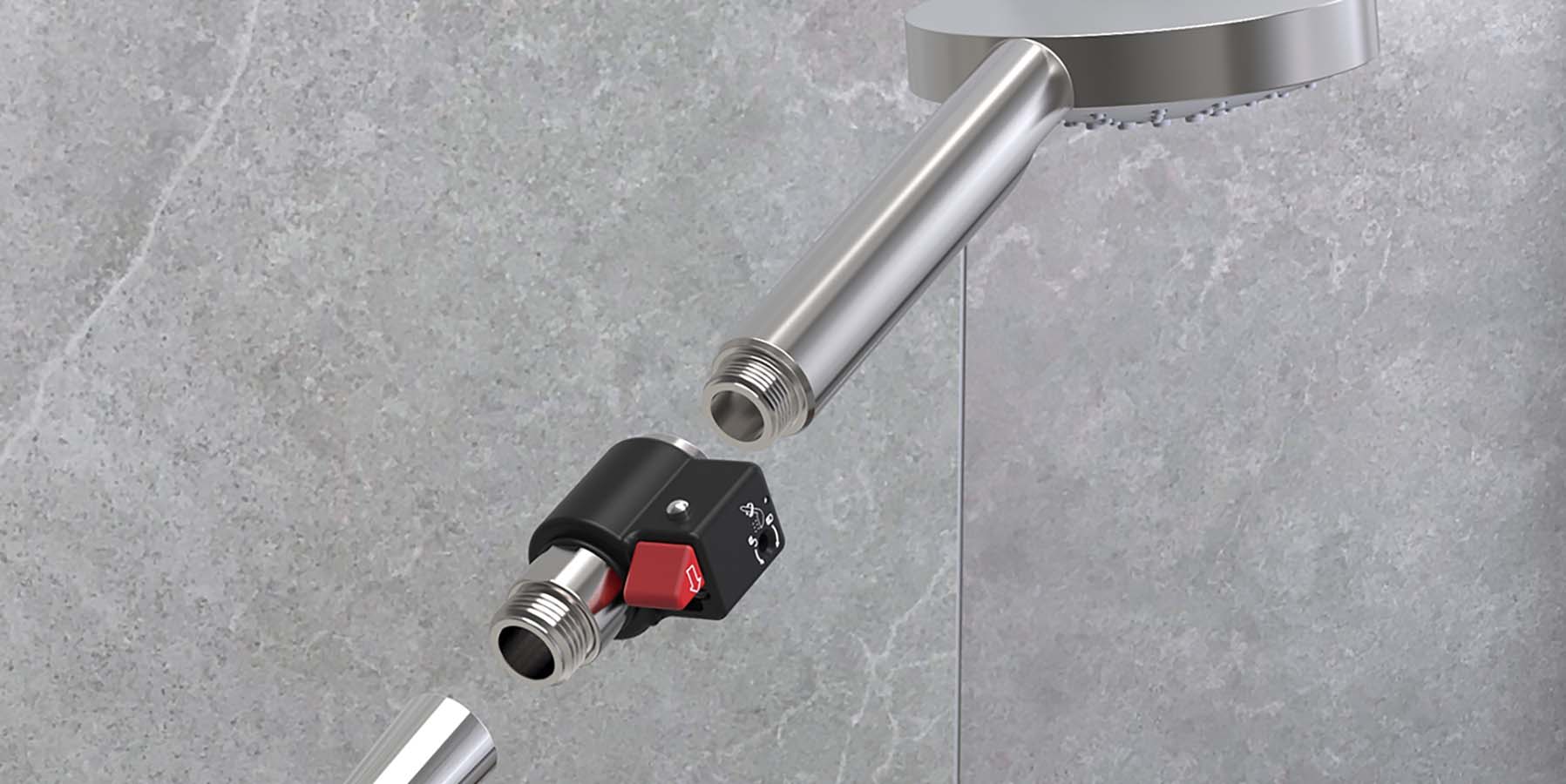 Designed in collaboration with multiple Occupational Therapists/Physiotherapists/Carers and many actual users. Aucuro undertook a long 3-year journey to refine the Aucuro Dynamic Shower Holder from a concept to a fully refined commercial product designed for mass production. Initial research into showering environments was conducted to find the optimal level of adjustability taking into consideration different shower layouts and Australian standards specifically around grab rail and shower chair positioning.

Prototypes were used to assess usability and ergonomics leading to various changes to the design to enable simplicity of use to ensure the product can be used by a wide range of users with varying levels of disability. The success of the design was determined through user trials and feedback. Users found that prior to using the Aucuro Dynamic Shower Holder showering was described as tedious and tiring and after using the device transformed the showering process into a relaxing activity they looked forward to.

Geni has been using the device for the last 2 years as one of the original people involved in user trials and in the development of the device, she has the use of one arm and is a wheelchair user and this is her review of the product: 'I have found the Aucuro Dynamic Shower Holder to be user friendly, quite enjoyable and all round a perfect showering experience'

Aucuro's Dynamic Shower Holder has become the new standard for sit-down showering. Ergonomics was at the heart of the design. When you shower with a conventional fixed showerhead in a seated position, you lose your ability to move in and out of the flow. So the challenge was to recreate the ability to move the water flow in a seated position by pivoting and extending the telescopic shower head holder. Safety is at the forefront in Healthcare and was a key focus during the development to satisfy all stakeholders.

User testing with an arthritic client led to changes to the safety release button which detaches the shower head from the holder preventing it from accidentally falling off. It had to be re-designed to be activated with minimal effort and requiring no fine motor skills and was successful after multiple design iterations. Another user with the use of only one arm also found it possible to activate the release button with the new design. Due to the demanding showering environment, with constant dirt and moisture, simplicity of form and function was key to delivering a reliable telescopic arm that must survive thousands of actuations yearly and be fully washable.

Ease of installation into existing showering environments was achieved by utilising pre-existing load bearing grab rails, allowing the device to be retrofitted easily to existing bathrooms that comply to Australian Standards including the re-use of your existing shower head and hose. The aesthetics and form have been considered to blend into contemporary bathroom fittings as a seamless extension, utilising a luxurious anodised aluminium finish. Premium materials and engineering grade bleach resistant plastics were used to ensure longevity and to endure occasional misuse and loading. Through independent testing the device has achieved compliance to - AS EN 12182:2015 - Assistive products for persons with disability.

Aucuro has set out to re-imagine sit-down showering, with an aim to make sit-down showering equally as enjoyable and relaxing when compared to standing to shower. This patent pending design has many unique features including a telescopic arm that pivots and extends allowing the user to effortlessly move and reposition the device. Safety is often the barrier to innovation in healthcare, the combination of safety features makes the Aucuro Dynamic Shower Holder accepted as the new standard when it comes to sit down showering.

The innovative safety features include:

Maintaining showering independence is extremely important to most people, showering is more than just getting clean, it's a time of relaxation and one of the few times without distraction or interruption. However being bathed by a nurse or carer diminishes these aspects and can be very confronting for some people, Aucuro aims to rectify this by providing an independent method of sit-down showering.

Aucuro’s Dynamic Shower Holder empowers people to regain and retain their showering independence to allow people to stay at home longer. It allows people who were previously reliant on being washed by others to be able to wash themselves. It’s sometimes overlooked that “over one-third (37.4%) of primary carers have a disability themselves", so even small changes that lead to greater independence can make a large difference.

Healthcare Providers - At a time where carers and nurses are stretched to the limit, Assistive Technology like the Aucuro Dynamic Shower Holder, lightens the daily workload of carers by increasing showering efficiency and reducing the risk of back strain from showering multiple people. From an environmental perspective, the device aims to re-use where possible existing infrastructure, allowing people to re-use their existing standard shower head and hose and the device makes use of pre-existing grab rail systems used in disabled bathrooms eliminating the need for bathroom renovation. The modular nature of the design allows users to take the design with them when they move house.