The Lens is a free handheld, take-home device that lets visitors to ACMI collect the artworks and objects they discover.

The ACMI Lens is a free handheld, take-home recyclable device that lets museum visitors collect the artworks and objects they discover during their visit.

They build their own ACMI collection to take home and watch later to explore the stories and ideas behind their favourite parts of the museum, and discover new films, TV shows, video games and art.

The Lens connects the museum visit to a universe of screen content in the comfort of their homes. The Lens has helped ACMI to achieve its organisational public purpose in changing how museum goers think about film, TV, and video games.

ACMI's original concept was developed into an initial laminated plastic prototype by ACMI's experience designer consultants Publicis Sapient which met the functional and user needs. ACMI then engaged with Swinburne's Centre for Design Innovation (CDI) to evolve this into a manufacturable and more ecologically sustainable product.

Swinburne's CDI were required to rapidly develop the final material specification and re-imagine the translucent lens design into a new eco design. The device had to be durable, able to withstand up to 190 touchpoints per exhibition. Likewise, the Lens would act as a memento after visiting the exhibition- even reused - so the NFC and code must remain intact (until throw away).

The unit cost had to be kept to a minimum for ACMI to be able to provide it for free to every museum visitor with over 1 million units required per year. 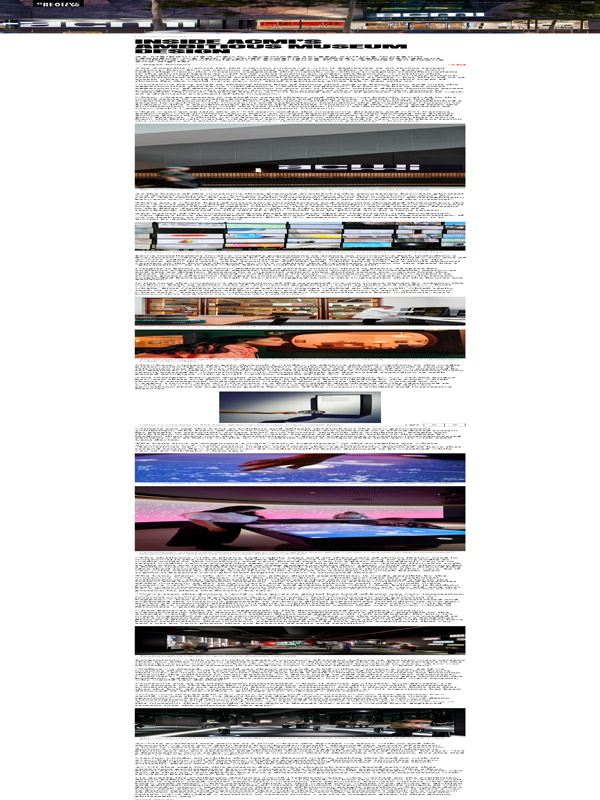 STAGE 1 - CONCEPT & PROTOTYPING
ACMI worked with Publicist Sapient over 18 months to develop functional prototypes that were tested at multiple stages with museum goers - from paper prototypes to initial plastic models.

STAGE 2 - DEFINE
CDI reassessed the original brief - ensuring that the original constructs and requests were still relevant. An in-depth research document was written - with a focus on available recyclable, compostable, and biodegradable methods and materials - and which would suit this project.

Probably the biggest discovery during this stage was the difficulty in printing on an eco-friendly translucent material, and the hurdles surrounding the correct disposal of the NFC chip. Several concepts, quote estimates and one-off prototypes were put forward for consideration, before a direction was chosen.

STAGE 3 – DESIGN
The concept direction chosen was a 'full card' design, that played with textures and surface finishes to re-create the look and feel of the original lens. The NFC was to be a sticker, that was located on a tear-away section that could be removed before recycling. To minimise production error, the unique code was also printed on the sticker - so that each NFC could accurately be matched to the right code. This helped to reduce waste caused by coding and NFC malfunction.

STAGE 4 - REFINE
The Refine stage kicked off with the CDI team sourcing and meeting with potential manufacturers, and establishing any possible hurdles that may be met in regards to the unique design and layout. Several final prototypes were made in-house and by the selected manufacturer, with several refinement phases. A complete set of detailed manufacturing drawings were also developed.

As part of a larger academic partnership between ACMI and Swinburne, ACMI approached Swinburne's Centre for Design Innovation, leaders in research based industry collaboration to help evolve the Lens concept.

The Lens signals a big step forward in Industry and University collaborative projects focusing on good design. As such, this partnership and the product outcome satisfy the criteria of good design by addressing the following:

Functionality - The Lens allows all visitors to the ACMI gallery to collect and record their favourite exhibitions, whether it be for research, inspiration or keepsake purposes. Research has shown that engaging more of your senses during a museum visit helps you better remember it, which is why a physical object was chosen over an app based "Lens". Likewise, the Lens would never run out of battery or disconnect from the wifi, and maintains your anonymity.

Aesthetics - Special consideration was placed on the overall look and feel of the lens, in particular the layering of different prints and card to create a tactile and enticing design, that reflects the original Lens aesthetics inspired by 20th century Viewmaster reels.

Quality - A sense of quality is maintained through the card GSM, the print quality and the surface finishes- all highly nuanced and carefully considered by ACMI and CDI during the prototyping and testing phases.

Sustainability - The Lens is made of compressed cardboard and is fully recyclable once the NFC tag is removed. You can remove the NFC tag by pressing on the perforated edges at the top of the Lens. All dyes and inks used on the Lens are plant-based.

The design of the Lens, and its innovation in recyclability, has allowed visitors to ACMI to collect over 2 million items in the 126 days the museum has been open, since its reopening in Feb 2021.

The Lens - as a take home device - acts as both a utility for extending the impact of a visit to ACMI and its exhibition content, as well as an elegant souvenir of the visit. The Lens has revolutionised the static museum experience and has integrated the physical and digital world of ACMI, truly encapsulating the multi-platform model of the museum.

The Lens has become a key differentiating feature of ACMI in the global museum landscape and it is used by 95% of visitors to ACMI's Story of the Moving Image exhibition. The uniqueness of the Lens' physical design coupled with its overall integration in to the service design and experiential design of ACMI itself is what differentiates it from other models. It is simple, functional, and most importantly, sustainable.

The Lens - as a physical product - works with a suite of bespoke electronic readers developed by ACMI and assembled locally by Lumicom. These readers are integrated in to the design of exhibitions and connect to a software architecture developed by ACMI called XOS which enables the Lens to 'save' and 'store' content.

This wider system is how the Lens connects to ACMI's web presence and allows visitors to take content home with them. The same software allows ACMI to learn from the anonymised behaviour of visitors and improve the overall delivery of ACMI's public mission.

Visitors to ACMI collect over 2 million items in the 126 days the museum has been open, since its reopening in Feb 2021. This has far exceeded initial estimates of usage.

Swinburne's Centre for Design Innovation has been foregrounded in the international media stories about the Lens - drawing attention to the significant design IP generated locally.

The Lens is now being intergreated into ACMI's future exhibition development plans across the entire premises and is a key part of ACMI's new brand and experience.

The end result is a disk-like device (the Lens) made of layered cardboard and an NFC tag, which can be removed by pressing on the perforated edges when you’re ready to recycle the device. All dyes and inks are plant-based and fully safe for the environment resulting in a product with minimal environmental effect.

This is highly important for products of this nature produced in their millions each year and given to the general public for free.